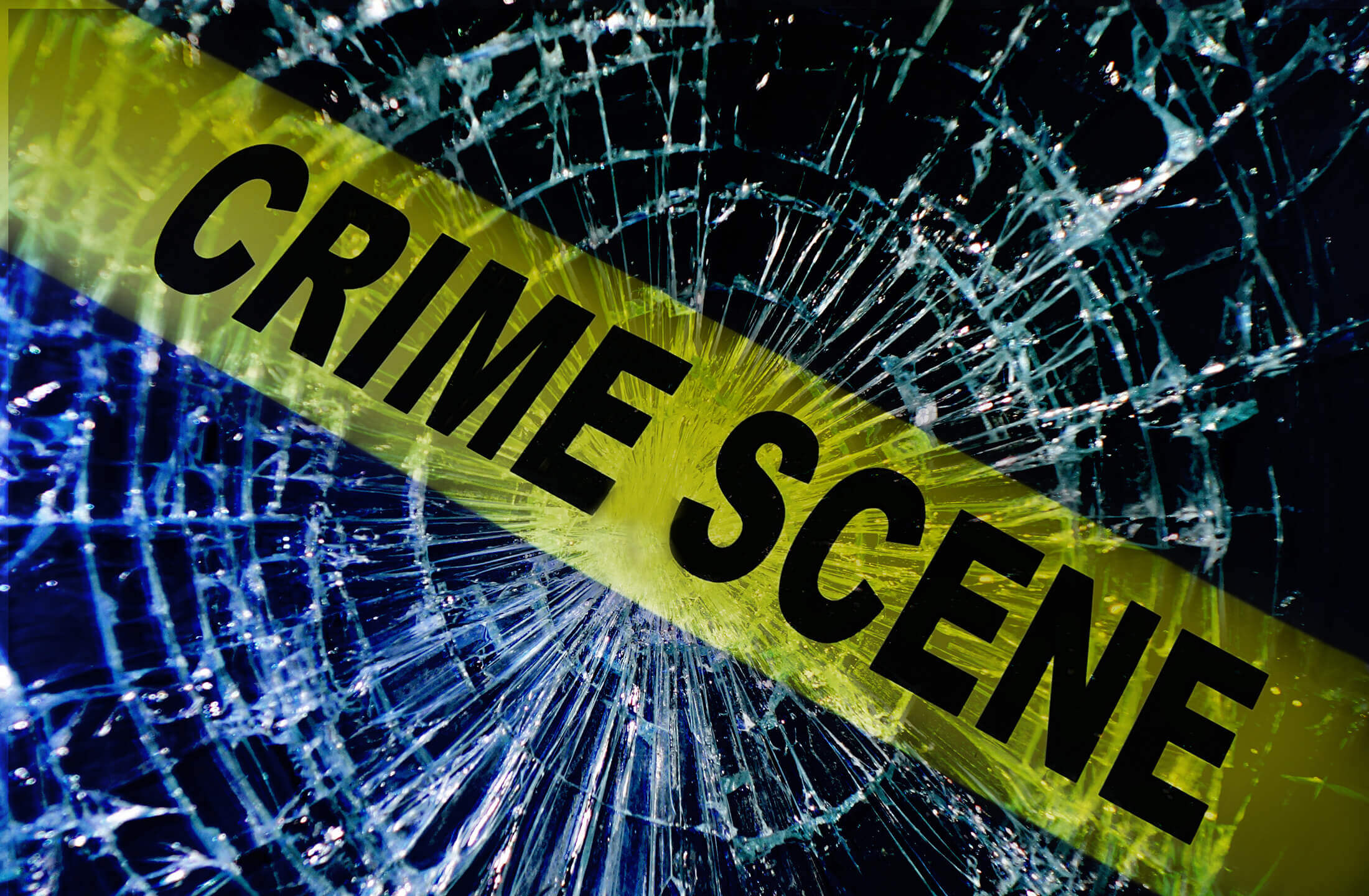 What is Broken Windows Policing?

Dennis Dwyer is a top Criminal Defense Lawyer in Illinois.

The first time the broken windows model of policing was described was the year 1982. It was first featured in a seminal article done by James Q. Wilson and George L. Kelling in The Atlantic news article. As an overview, this model focuses on the importance of disorder, while in the process generating and sustaining a more grave crime, hence the name broken window. Technically, a disorder is not directly connected to serious crime, but instead, leads to more fear as well as withdrawal from the residents. This, in turn, allows more serious crimes to come in due to the lowered degree of informal social control.

The person who came up with the idea of broken windows policing, George Kelling, has, however, come out to claim that the theory hasn’t been used in the proper manner. According to Kelling, he had initially thought of broken window policing as a tactic of restoring order in the community, but it has not been used in that regard. He cites lack of proper training on the part of police officers as the main reason why this policy has not lived to its dream.

A recent review discovered that the strategies of policing aimed at disorder could have a significant and modest effect in lowering all forms of crime. In contrast, this study also found out there was no significant effect on aggressive maintenance of order. It can, therefore, be said that police can actually lower crimes that are related to disorder and non-disorder through disorder policy efforts. For a number of reasons, the broken windows methodology as applied to policing has been very hard to evaluate for several reasons.

The introduction of this theory threw policymakers in a frenzy of confusion, searching for answers everywhere. But ten years a later, a new mayor would claim to have the best solution for this theory that was envisioned by two criminologists back in 1982. Rudy Giuliani, after winning the 1993 elections for the New York City’s mayor, gave a promise of lowering crime and making the streets cleaner. Nobody would have expected that he was going to adopt the broken windows policing. Unexpected as it was, this idea was applauded by both sides of the political divide that existed after the elections. The policy was liked mostly by conservatives who thought it meant restoring order, and liberals who thought it was the best way to end crime. But as the theory began taking effect, the implementers realized that most petty and major crimes are committed by the same criminals, and so cracking them down appeared next to impossible. Although the idea appeared to be working, security officers later misinterpreted what it really entailed. That is exactly what has been witnessed in places like Cook County, Illinois.

Areas Where The Broken Windows Policy Has Been Used

In Cook County, Illinois, for instance, agencies have used the broken windows policing in a number of ways. Some have closely followed the model that was first laid by Wilson and Kelling in 1982, while others haven’t bothered to follow it. There are remarkable adoptions of broken windows approach to a crime that has taken place in the state of Illinois. Some agencies have also used this policy synonymously with zero tolerance policing. In such situations, the disorder has been aggressively policed, whereas the violators are arrested and charged. These are some of the instances that show that the broken windows policing is working in Cook County, Illinois.

According to the Kelling and Coles’ report of 1996, broken windows policing is more of a nuance than zero tolerance would provide. Therefore, it would appear a bit unfair to evaluate its effectiveness depending on the impact of approaches leading to arrest. And this, in a way, may reveal that the security agencies are not applying the broken windows policing at the right time they are supposed to do it. The other concern about this policy in Illinois is how the security agents are supposed to measure the broken window treatment in the right manner. One of the most frequent indicators of broken windows in Cook County, Illinois is the misdemeanor arrest. This has been used frequently, simply because the data can be easily traced.

Arrests on their own, however, do not reflect the approach that 1996’s Kelling and Coles intended it to have. The officers must come to a decision whether an arrest is a right thing to do, but several police encounters in broken windows policing do not end up in arrests. Besides the zero-tolerance policy that is supposed to only arrest the minor offenders, broken window policing is supposed to be more of a community-oriented approach, that brings together the community and police officers. This is the only way that disorder can be tackled in a community while still respecting the offenders’ civil liberties. Whether the security agents in Cook County, Illinois have been able to adopt this policy in a successful manner remains a matter of debate.

Enforcing Disorder or Lowering It?

The broken windows policing policy sheds more light into the long-term, indirect link between enforcing disorder or reducing it in major crimes. And so, it is interesting to note that some of the current evaluations may not appropriately evaluate broken windows. In Illinois for instance, there has been a link between disorder reduction and enforcement, mostly in serious crimes. Some of these crimes are caused by increased informal social control from some of the members of the community. It is only expected that the levels of social control in the community are bound to increase even with time. There are a lot of changing neighborhood dynamics in Illinois that several policing studies haven’t captured, since they use a very short period of following up crime-related scenes. In addition to that, there is also no consensus on the existence of a connection between crime and disorder, and how such a link should be properly measured.

How The System Can Work

A number of policing professionals have also come out to label broken windows policing as a theory that has been flawed. According to their argument this is mainly because of the part of disorder that this policing seems to focus much on. Kelling, the man who came up with the theory back in 1982, has come out to list out some of the important areas that are supposed to be ironed before this system works. He says that the first step to effectively police a community is to allow the members of the public to identify some of their main concerns. The police officers, on the other hand, are supposed to carry out a proper patrol after confirming that the issues raised are legitimate. This is far from what is currently witnessed in places like Illinois and the city of New York. Because of a great class-based, ethnic, and racial biases that exist in places like Illinois, giving the police officers discretion to act on public order laws becomes difficult. When crime and disorder are brought together, the way police officers see the members of the public change a lot. The police officers develop a mentality that minor offenders must be sanctioned, lest they are allowed to carry out even a more grave crime. This is the situation in Illinois and most of the cities around.

In 1990, a study carried by Skogan in six cities revealed that there was a great link between serious crimes and disorder. Although, in 2001, Harcourt re-analyzed the report and discovered that there was no serious crime. In the Harcourt report, it was discovered that crime dropped, not only in places where broken window policing was practiced, but in other places too. The policy started in the city of New York, but crime came down in other places like Illinois where the theory had not been implemented. As a matter of fact, crime reduced even in areas where police departments were involved in serious corruption scandals. There has been much debate over the effects of policing tactics in reducing disorder in crime in Illinois. It is a fact that broken windows on its own have not helped to lower the rates of crime, as at been witnessed in Illinois. It is likely that the police also played a great role in the whole process. Police have over the years opted for tackling disorder as a tactic to manage crime scenes. There are situations where security officers have used a strategy of aggressive order maintenance to control violent crimes, and the outcomes have been impressive. It is therefore expected that when this tactic is combined the right stats on hidden regions where crimes are mostly concentrated, Cook County, Illinois would be a safe place. However, the police are not supposed to use these approaches of hot spots to test the theory of broken windows. In Illinois, a number of strategies have worked including situational efforts of preventing crime. Even though the broken window policing has worked in some areas in Illinois, there is a great concern that its effectiveness in lowering crime may not be received well by the members of the public. This may, in turn, harm the legitimacy of police forces, at least from the citizens’ perceptions.

Schedule an appointment
Selling Your Home with Pets
What happens when you are Arrested for an Illinois DUI with a Child Passenger?